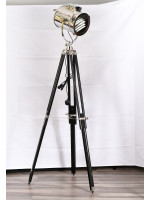 This rare limited edition on silk by Pablo Picasso titled Les Femmes DAlger (Version O) is one of only 85 published Worldwide. It has been beautifully framed and float mounted to a high standard. Supplied with signed certificate of authentication (signed by the Master Printer) Supplied with insurance replacement valuation for £2500 (free of charge) along with biographical details on the subject and artist. The painting by Eugene Delacroix entitled "The Women of Algiers in their Apartment" inspired a whole series of paintings by Picasso, who often undertook this type of tribute to an artist that he admired. Interestingly, his first version was painted six weeks after learning of the death of his lifelong friend, Hemi Matisse, and the oriental subject of this series of paintings held strong associations with Matisse, who had been famous for his images of languid, voluptuous women, known as odalisques. The original of this, which is known as Version 0, was sold in 2015 at public auction for almost U.S. $180 million. Picasso explores colour throughout this series of paintings, but he also produced one monochrome version. He also appreciated the patterning of the tiled interior which can be seen as a continuation of his concern with handicraft and folk embroideries from Eastern Europe. Picassos sympathies remained with those who were deprived of their freedom or subjected to repression and torture and odalisques is the French word taken from the Turkish language for a woman living in a harem. The strong controls of the harem meant that the occupants had very little freedom. This period in the mid 1950s when Picasso had moved to Cannes in the South of France marked a return to his peak form; As he found great happiness at La Californie.