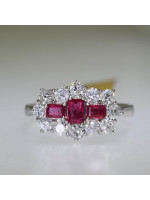 Famed for his love of a pint of Guinness, Darren Christopher Clarke, OBE (born 14 August 1968) played on the European and PGA Tour. He has won 21 tournaments worldwide on a number of golfs main tours including the European Tour, the PGA Tour, the Sunshine Tour and the Japan Golf Tour. His biggest victory came when he won the 2011 Open Championship at Royal St Georges in England, his first major win after more than 20 years and 54 attempts. This is a truly great presentation which includes a hand signed picture. Please Note: Supplied with authenticity certificate (free of charge)