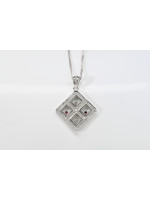 Born in 1961 Walter Robert John Swinburn, Walter was a famous retired Flat racing jockey, who was son of an equally famous father, another jockey known as Wally; both of whom were household names. Too many to mention, he was a winner of numerous Group One (the highest level for thoroughbreds) races, including eight British Classics (5 races - 2000 Guineas Stakes, 1000 Guineas Stakes, Epsom Oaks Epsom Derby & St Leger Stakes). In 1983 he won the Prix de lArc de Triomphe as well as Horse of the Year honours, many more international honours would follow up until he spent four days in a coma in 1996. He finally retired in 2000 having developed epilepsy thought to be caused by the fall. He sadly died in Dec 2016 aged 55. This unique presentation includes a hand signed picture. Truly a racing Legend. Please Note: Supplied with authenticity certificate (free of charge)
Height 43 Width 79 Depth 1(ALL SIZES IN CENTIMETRES)